Flu Jab can save lives 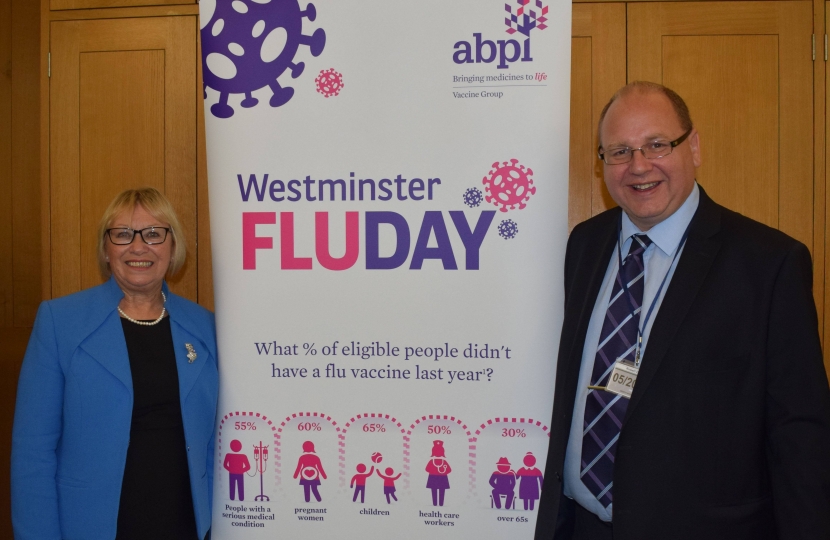 Local MP Sheryll Murray, as a former local doctors receptionist, is reminding people to get their flu jab.  The injected flu vaccine is offered free of charge on the NHS to people who are at risk. This is to ensure they are protected against catching flu and developing serious complications.

Sheryll’s partner Bob joined Sheryll as he is an Asthma sufferer.   They both gave a donation to the Carers Trust equivalent to the cost of a private vaccination.

The NHS outlines who are at risk and can therefore get a free flu jab as:

Following her vaccination Sheryll said, “A flu jab is really important and it can save lives from complications.  Having worked in a doctors surgery for over twenty years I have seen first hand the damage flu can do, especially to those at risk of complications.”

It is estimated that in excess of 6 million working days are lost in the UK due to seasonal influenza every year.  Flu can put a considerable burden on NHS resources, with numerous GP consultations and hospitalisations. In England and Wales, influenza accounts for over 400,000 general practitioner consultations annually. In England, elderly respiratory hospital admissions during epidemics of influenza cost the UK health service over £22 million every winter.