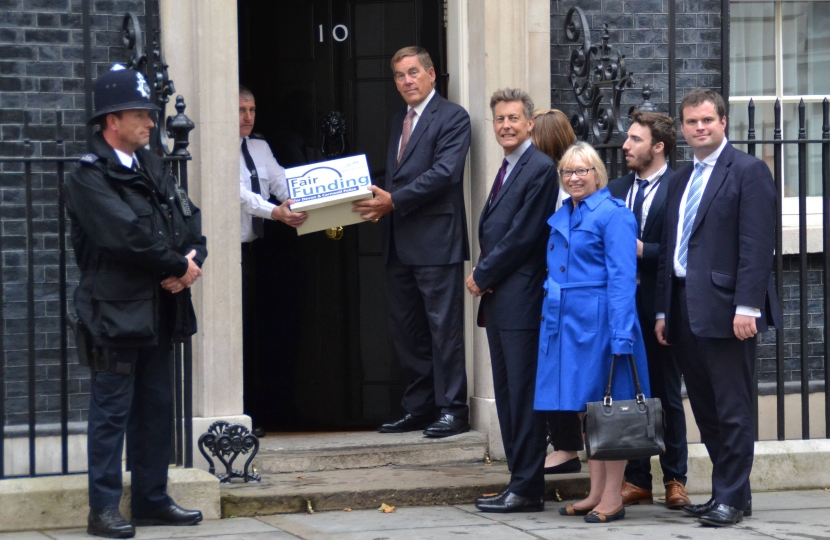 Sheryll explained, “People care about their local police stations and I think it is wrong to carry out wholesale closures just before an election especially when the incumbent has already announced that he is not going to stand.

“I feel there are a number of options to resolve budgetary issues which have not been fully examined.  I agree that we should look at the estate and for example look at utilising attached residential accommodation which in some circumstances is unused.  This would also free up much needed homes for local people.  I would also look at the costs relating to some of the larger establishments on the Police estate such as the new police office in Bodmin which does not even have any cells.  I would also urge any incoming Police and Crime Commissioner candidate to look at their own budget.

“I know there are some tough decisions to be made and that is why I joined Tony Hogg in Downing Street last month and delivered a petition calling for a funding formula which took into account aspects like our massively increased population during the tourist season.

“That said I now call on all the candidates in the election in May to make their priorities and position clear.  I know it is not an easy job but I am looking for a candidate who will come forward with an innovative and sustainable plan for the future.

“Any candidate whose plan is wholesale closures of police stations in my constituency will not get my support or my vote.  That said it will be up to the people of the Devon & Cornwall policing area to make the final decision through the ballot box and no closure plans should be made until democracy has had its say.”