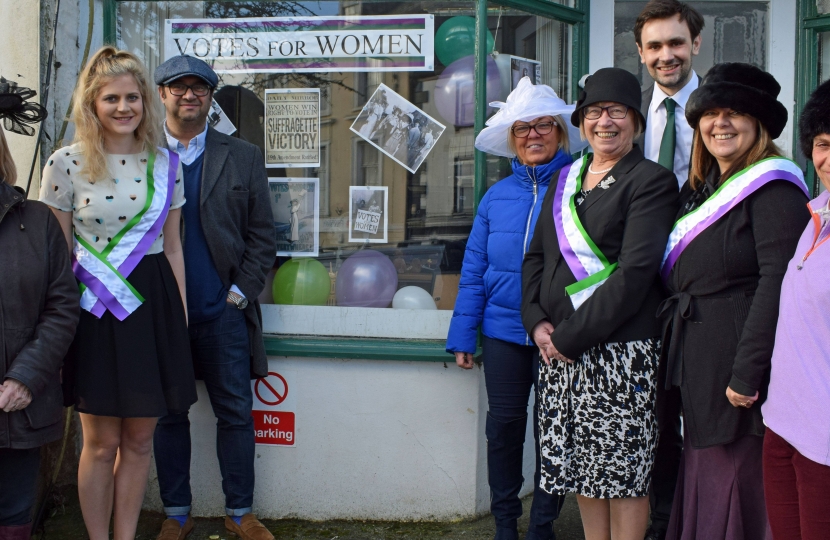 Local MP Sheryll Murray was pleased to join the PM and female colleagues in Westminster and local Councillors and staff in Cornwall to celebrate the Act of Parliament which first gave women the vote 100 years ago.

The Representation of the Peoples Act 1918 was signed on the 6th February 1918.  The Act granted the vote to women over the age of 30 who met a property qualification.  The same Act gave the vote to all men over the age of 21.  Additionally, men in the armed forces could vote from the age of 19. The electorate increased from eight to 21 million, but there was still huge inequality between women and men.

Following the events Sheryll said, “I am very proud to represent the people of South East Cornwall and it was this act which gave women the vote and allowed women to stand.   Whilst there was still great inequality after the act was signed it was an important step towards equality and should be celebrated.

“There are now over 200 female MPs and a female Prime Minister.  I want to encourage girls and women to get interested in politics and work hard to become elected representatives.  If there is one message from today’s celebration it is that girls really can do it and make a success in politics.”