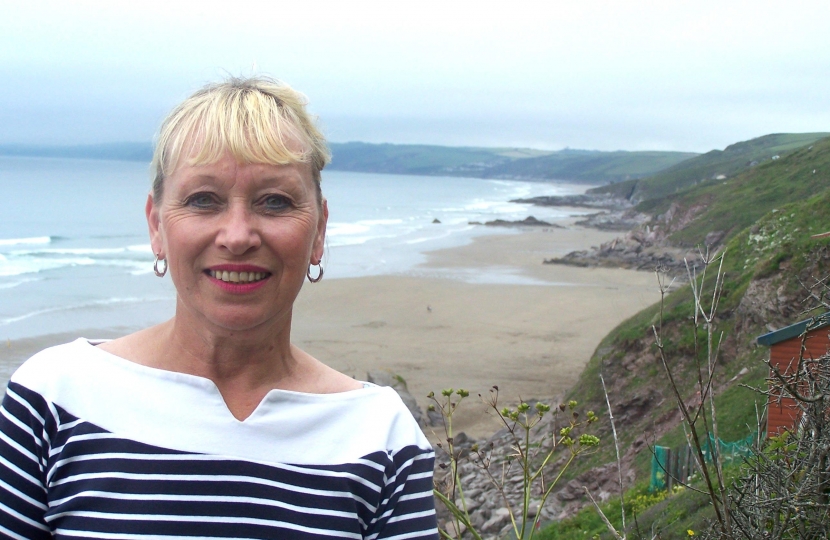 Following a statement by the Marine Management Organisation regarding the dredge disposal site of Whitsand Bay Sheryll Murray MP said, “I am delighted that the MMO have taken the responsible decision to investigate the source of this mud.

“Clearly the source needs to be identified. With licensed dredging in various locations we cannot presume that this mud is from the dredging of Devonport Dockyard at this time.

“I welcome the measures being introduced by the MMO and hope that an alternative site or use is immediately being investigated in order that continuing growth of Devonport Dockyard and Naval Base and the employment provided is not threatened.

“For over a decade I have argued that this is not the best site for the essential dredging of Plymouth Harbour.  I now hope that those using this site will now look at using an alternative site, as I have consistently called for.  Whatever the results of this current investigation I resolutely believe that this site should be permanently closed.”

Editor Note: The Statement from the Marine Management Organisation:

The MMO has received new advice from the Centre for Environment, Fisheries & Aquaculture Science (Cefas) with regard to a Marine Conservation Zone (MCZ) situated near the Rame Head disposal site.

In processing a licensing application in late January 2015, the MMO was formally advised by Natural England of the existence of an area of mud situated in the Whitsand and Looe MCZ which is in the proximity of the Rame Head site.

Following the advice, which was identified as part of a separate verification process to develop evidence on the MCZ, the MMO commissioned a review of the mud with Cefas. Cefas has now advised the MMO that further work is required to determine the origin of the area of mud which measures approximately 2km2 in size.

“As a responsible marine manager we took a precautionary approach and have not since licensed any disposal at the Rame Head site due to its proximity to the nearby MCZ.

We will not licence any applications to dispose at Rame Head whilst Cefas work continues to determine whether or not the site remains viable.

We are working with all applicants who require disposal licences including the Ministry of Defence to look into alternative disposal sites in the longer term. I intend to visit the area in the coming weeks to provide an update to those with an interest in the site.”