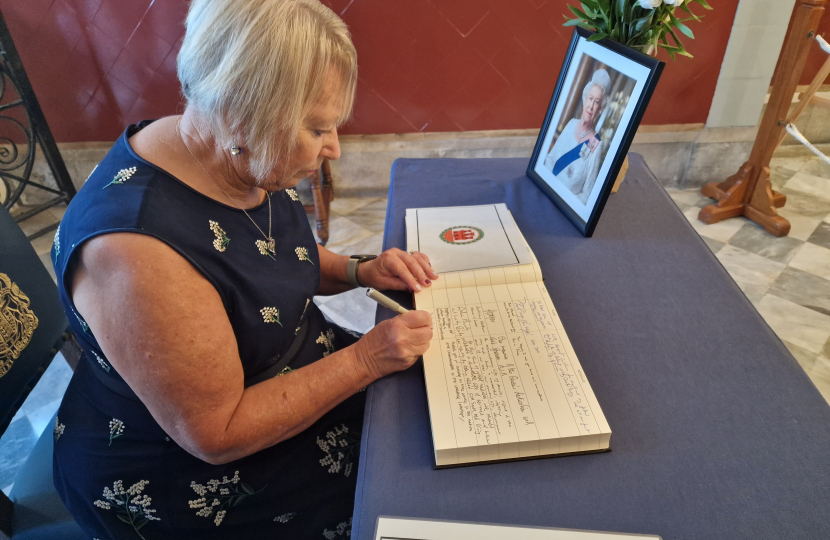 It was with great sadness that I learnt of the death of Her Majesty Queen Elizabeth II.  I learnt of her death at 30,000 ft on a work trip to Gibraltar.  I think many of us will remember where we were when we heard the sad news.  It is a mark of what she meant to us all that this is the case.

I have known no other monarch.  Like most of us I was born during her reign.  She has been a constant throughout my life.  She has seen massive change throughout her life.  She worked during World War 2 and when she became Queen people were lucky if they could watch the coronation on a very small black and white television because otherwise they would have had to listen on the radio.  She has seen tremendous technological change with people going into space and the internet becoming available to all.

I was fortunate to meet the queen on a number of occasions.  It always amazed me how she was so dedicated to service.  She would spend hours on her feet meeting people and always with a smile and a funny quip.  She was the ultimate people person and it was that ability to get along with everyone that made her the greatest diplomat and states person I have ever met.  She had a great ability to communicate with everyone, be it a head of state or a Cornish fish wife. I remember my daughter meeting her when she was an Officer aboard HMS Illustrious and Her Majesty engaged in a conversation about refrigerators breaking down which had delayed the sailing. Her Majesty would always engage, no matter what the subject was. She was one of the world’s great listeners.

She was also a great lover of rural life.  She understood and loved rural life and the people who lived it.  It meant that she was able to understand all parts of her realm including those here in Cornwall.

We should also thank their Majesties Charles & Camilla for their work as the Duke and Duchess of Cornwall.  I have met them on a number of occasions in the Duchy and know this will stand them in good stead for their future role.  I would also like to welcome their Majesties William & Kate as they become our new Duke and Duchess of Cornwall to their new roles.

I send my condolences to the whole of the Royal family on what must be a very difficult time.  My thoughts are with them.  His Majesty King Charles has now moved on from being the Duke of Cornwall to become King Charles III.  I wish him and his wife Camilla the very best during their Reign.

God Save The King.

Our Plan for a Stronger Economy

Read about how our plan is tackling inflation and helping you with the cost of living.