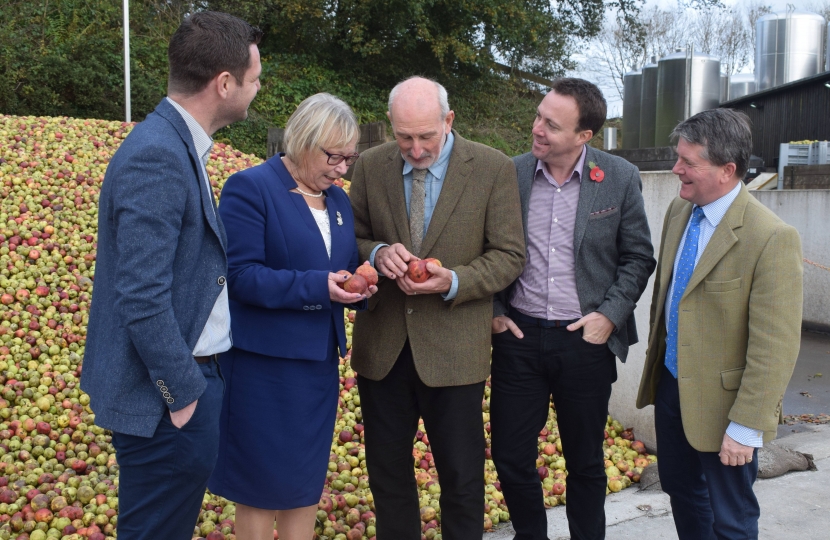 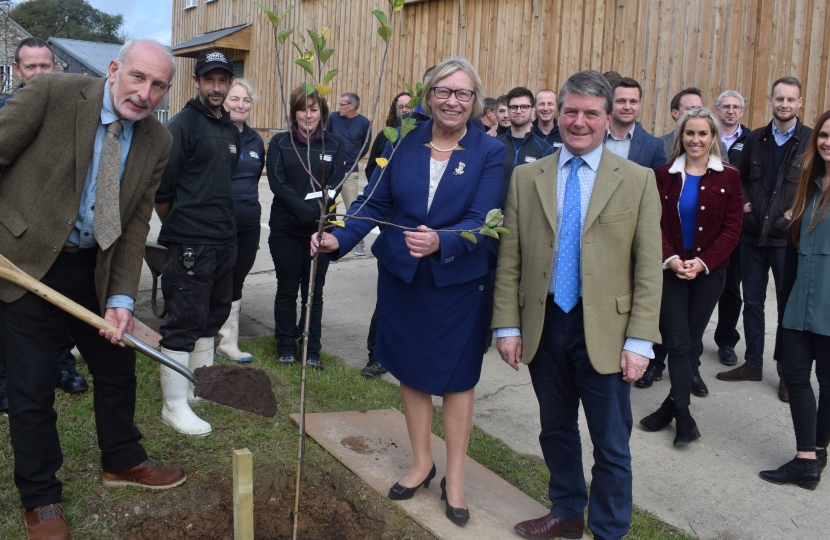 Local MP Sheryll Murray visited Cornish Orchards last Friday where she was given the honour of planting a Cornish Dufflin apple tree to commemorate the opening of their new warehouse and office building.

Sheryll was joined by Cornish Orchards founder Andy Atkinson and Richard Fuller from Fullers Brewery who now owns the brand.  Sheryll was given a full tour of the farm and the whole production facility including the new buildings.

Following the visited Sheryll said: “It was a real pleasure to visit the farm again. I really enjoyed learning about the process that goes into making Cornish Orchards Cider and the new buildings, which were built to blend in with the surrounding farm buildings, are very impressive. It was a real privilege to plant a cider tree to mark the opening of the buildings.

“Cornish Orchards has really grown since my first visit just after I was elected to Parliament in 2010.  I would like to congratulate Andy Atkinson for driving this fantastic business forward and of course I am pleased that Fullers made the move into cider in 2013 which helped to grow the business still further.  I am pleased that Cornish Orchards now provide employment for over 30 people and sales of the award winning cider are increasing year on year.”

Sheryll was also joined by members of the local Parish Council and representative from Cornish Orchards and Fullers.