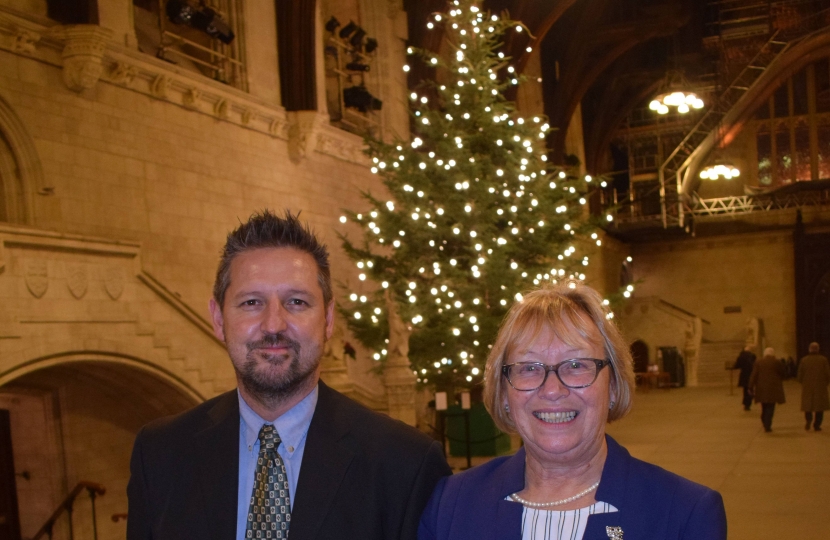 Dr Matt Frost from the Marine Biological Association has spent a week in Parliament as part of the Royal Society pairing scheme to help scientists better understand the work of Parliament and how decisions are made.

The Royal Society is the world's oldest independent scientific academy, dedicated to promoting excellence in science.  The Royal Society explains that each year 30 research scientists are paired with UK parliamentarians and civil servants. They learn about each other’s work by spending time together in Westminster and the researcher’s institutions.  Those taking part gain an insight into how research findings can help inform policy making, and come away with a better understanding of how they can get involved.  The scheme takes place annually, beginning with a ‘Week in Westminster’ in which the pairs first meet. Over the week the scientists take part in workshops, hear from invited speakers and spend two days shadowing their pair.

The Marine Biological Association explained, During his visit Dr Frost will shadow Sheryll Murray MP and learn about her work. As well as attending seminars and panel discussions about how evidence is used in policy making, Dr Frost will also attend a mock Select Committee.  Dr Frost is no stranger to the science-policy interface; he is a regular visitor to Westminster, responding to consultations on the marine environment and providing evidence to Select Committees. The pairing scheme is extremely valuable as he will get a behind-the-scenes insight into how policy is formed and how his research can be used to make evidence-based decisions. It will also give Sheryll Murray the opportunity to investigate the science behind her decisions and improve their access to scientific evidence.

Dr Frost said, "I have worked for many years in providing evidence and advice from marine biological research to the policy community. This opportunity will allow me to see first-hand how this information is used to inform a diverse range of marine policy areas such as fisheries, marine conservation and the blue economy."

Sheryll Murray said, “It was really interesting to have Dr Frost, who is also a constituent, with me in Parliament this week.  It was particularly useful to learn his impressions of the work we do and how he undertakes his work at the Marine Biological Association.  It was also interesting to get his views before the annual Fisheries debate in parliament.  It was great to meet Matt and I would like to thank him for taking such an interest in the work of Parliament.”