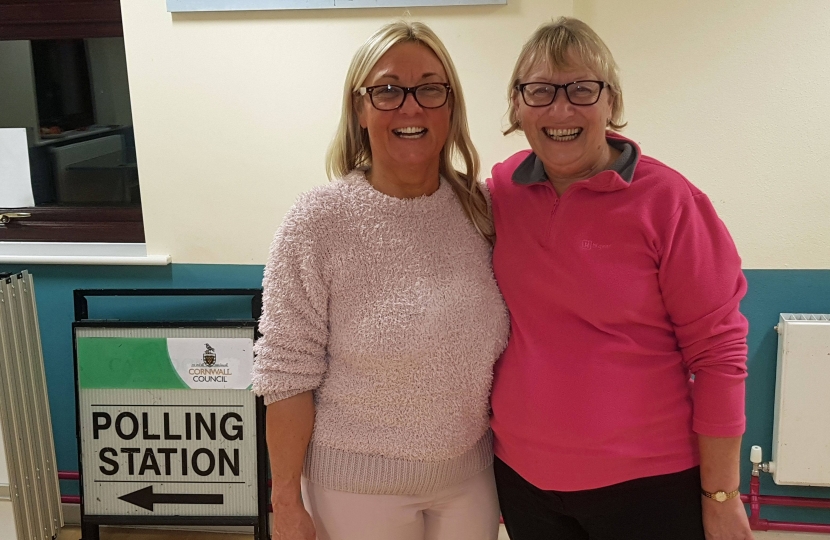 Local MP Sheryll Murray has congratulated Sheila Lennox-Boyd on her election to Saltash Town Council for the Saltash South Ward.

Following Sheila’s election Sheryll said, “I would like to congratulate Sheila on her successful election.  I know how hard Sheila works on Cornwall Council and am sure she will act in the same diligent way for the people of Saltash South on the Town Council.”

Sheila added, “I would like to thank the Council Staff for running the election, my campaign team who worked so hard and most of all to all those in Saltash South who have put their trust in me.  I promise to do my utmost for the area and am already working on issues which were raised with me during the campaign.”

The last time this electoral area was contested at an election was in May for Cornwall Council when the result was Liberal Democrat 581, Conservative 299 and Independent 216.  This result would equate to around a 26% swing to the Conservatives from that election.