A38 improvements called for to save lives and boost economy 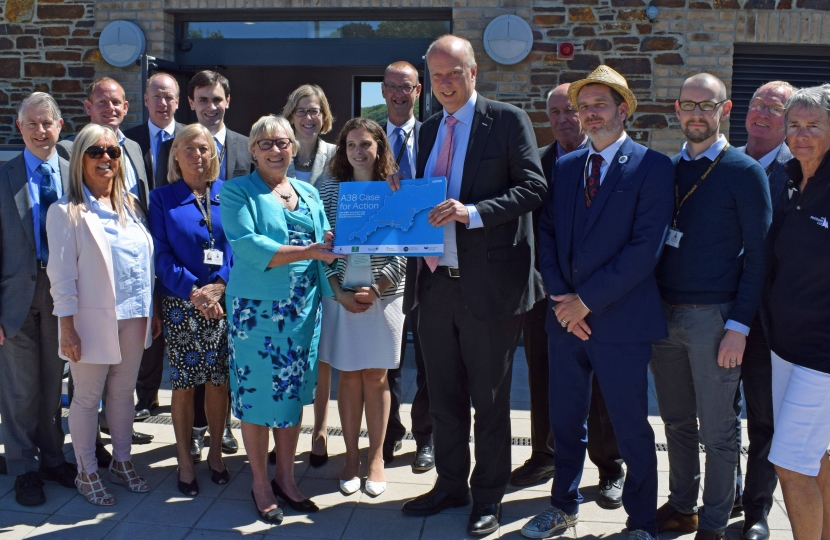 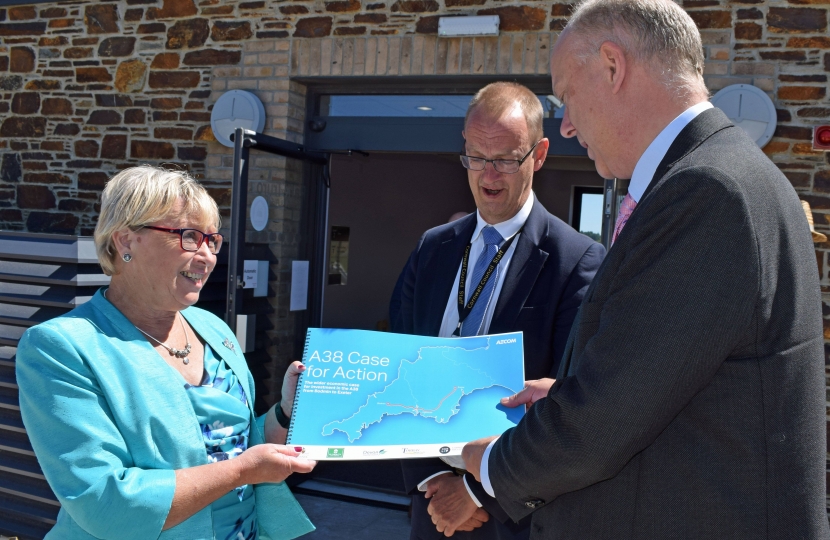 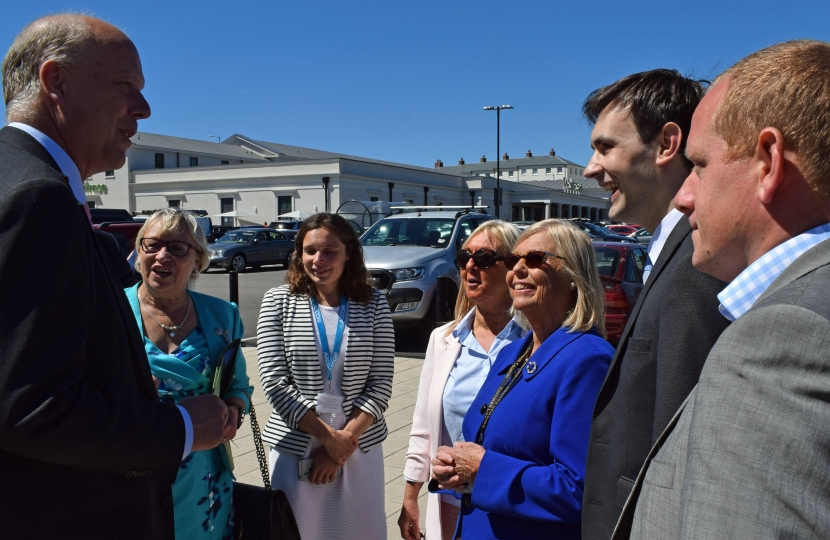 Today a cross party group of Councillors and MPs have presented the Secretary of State for Transport, Rt Hon Chris Grayling MP, a report entitled ‘A38 Case for Action’.

As well as the much needed safety improvements the A38 Case for Action outlines the wider economic case which projects that nearly £900 million increase in productivity growth and induced investment could be gained through improving the A38 between Bodmin and Exeter.  This includes the reduction in congestion which is currently suffered along this road.

Local MP Sheryll Murray MP said, “This road is dangerous.  Hardly a week goes by when there is not an accident often with loss of life.  Recently it was reported that we saw four die in one month.  Recently I had a lady in my office who had comforted a lady who died on the roadside.  Action needs to be taken.

“The A38 is the main route into and out of my constituency.  In the East it is the main link to Plymouth, the nearest main city to my constituency, to Devon and the rest of the UK.  In the West it is the gateway to the rest of Cornwall which is important for tourism and for local people to access services like the local Unitary Council.  On top of this the A38 is the main artery through the constituency with many internal South East Cornwall journeys involving this road.  I whole heartedly support the Case for Action for the A38, the potential that can be unlocked from improved air quality, road safety and significant economic development will be visibly momentous.  I am grateful to the local authorities, Highways England and the Local Enterprise Partnership for the funding of this study.”

Local MPs have also joined in the call.  In a joint statement George Eustice, Derek Thomas, Sarah Newton, Johnny Mercer,  Scott Mann, Steve Double and Gary Streeter said, “Connectivity is a key economic driver and the case for action to bring improvements to A38 between Exeter and Bodmin are critically important for the areas we represent. Improvements to the A38 will help unlock our economic potential and building a road network in the South West of England, fit for the 21st Century, has our full support.  It is important that we have resilience of our road transport system and the A38 is an important alternative to the A30.”