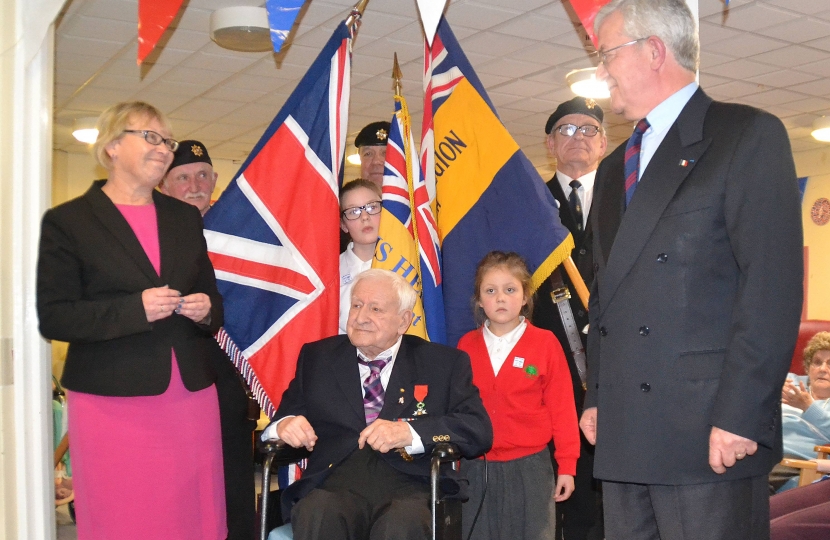 Sheryll Murray, MP for South East Cornwall, was pleased to join Ernest Burdett, a 103 year old D-Day veteran from Torpoint, as the French Consol Alain Sibiril presented him with the Légion d’honneur on Thursday.

On the 70th anniversary of D-Day in June 2014, the French President announced that the distinction would be awarded to all British veterans who fought for the liberation of France during the Second World War.

Warrant Officer Ernest Burdett embarked from Newhaven on a landing craft and touched down on JIG beach opposite Le Hamel in approximately 5ft 6inches of water.  He was part of the team which operated a First Phase Ammunition Depot which handled 320,000 tons of ammunition.

Following the event Sheryll said, “This is a very generous and thoughtful initiative by France to the surviving participants.  I was so proud to join Ernest along with his family, friends and Military Officers when he was presented with his medal by the French Consul.  I was please to join everyone in thanking Ernie for his contribution to the war effort.”