Success as Primate pet ban is in Queens Speech 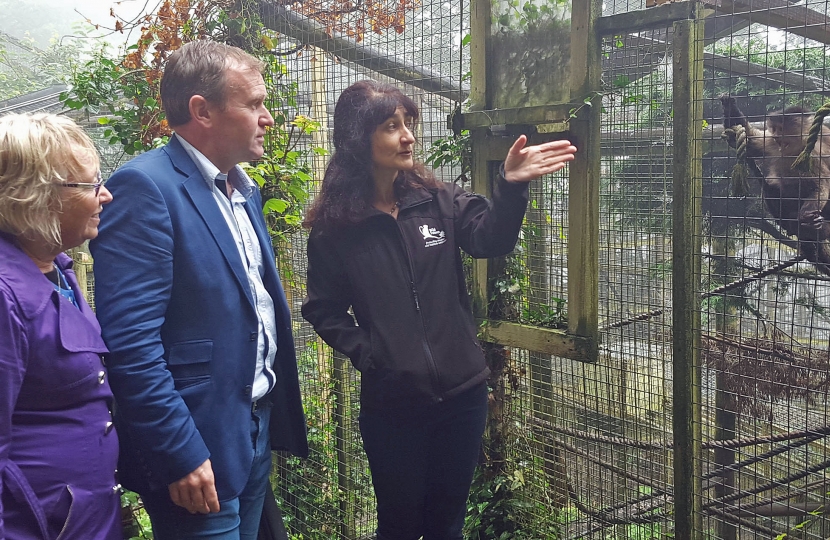 Sheryll Murray MP is delighted to welcome the announcement in the Queen's Speech that legislation will be introduced ending the practice of keeping primates as pets.

Sheryll has been working hard with the Wild Futures Monkey Sanctuary near Looe in her Constituency to end this practice since she was first elected in 2010.

Sheryll introduced a Ten Minute Rule motion in the Commons on 18 January 2012 calling for a ban.  Sheryll also hosted a Reception to bring this matter to the attention of other MPs and secured an enquiry by the EFRA Select Committee.

Sheryll says "I am over the moon that this legislation has been included in the Queens Speech and I would like to congratulate all the staff at Wild Futures who have campaigned tirelessly for this to happen".

“I was honoured to be given the ‘Animal Welfare Champion’ award one year at the Dods Charity Champion Awards in the Speakers Apartments following a nomination by Wild Futures Monkey Sanctuary. I gave this award to Wild Futures because I felt they deserved the recognition for bringing this matter to my attention.

“I am hopeful that we can work together in the future to make sure the Primates they have in their care can live in a caring and natural environment which is sympathetic to their needs.”

Our Plan for Growth

Chancellor Kwasi Kwarteng on Our Plan for Growth in the economy