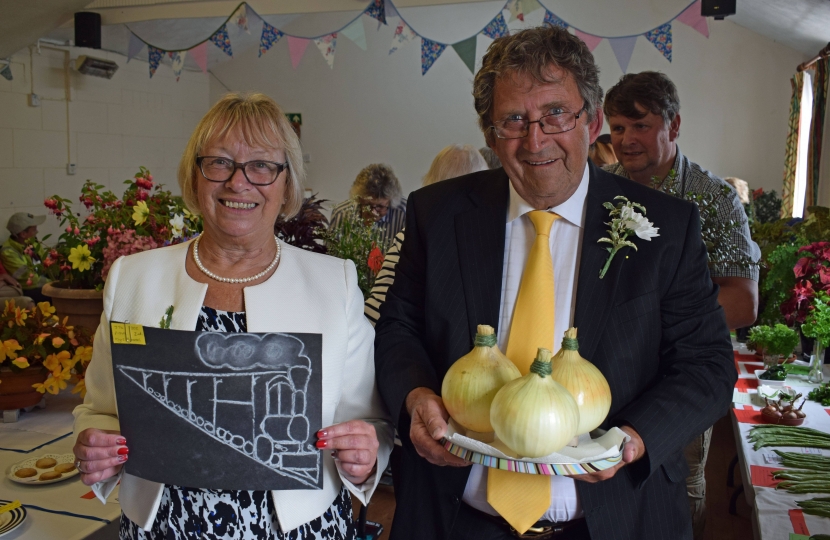 Local MP Sheryll Murray was honoured to formally open the St Ive Show on Saturday and to award the prizes.

The show, which took place at the St Ive Institute & Village Hall, had a huge number of entrants including flower displays, vegetables, photographs, artwork and many entrants from younger members of the community.

Following the show Sheryll said, “It was a pleasure to open the 40th St Ive Village Show.  I would like to congratulate all those who exhibited their produce, craft work and baking as well as the fantastic display of flowers. Village Shows such as these take place throughout the summer months in many South East Cornwall communities and are a prime example of the community spirit amongst our small rural villages.”