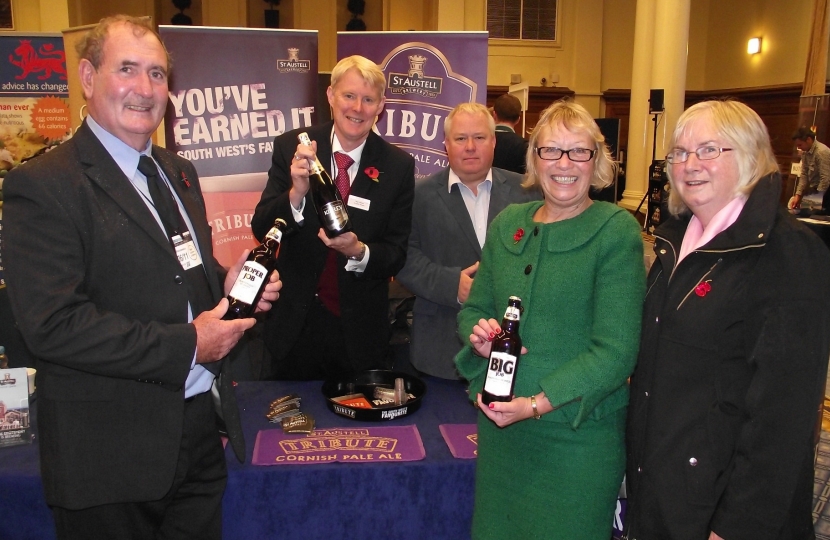 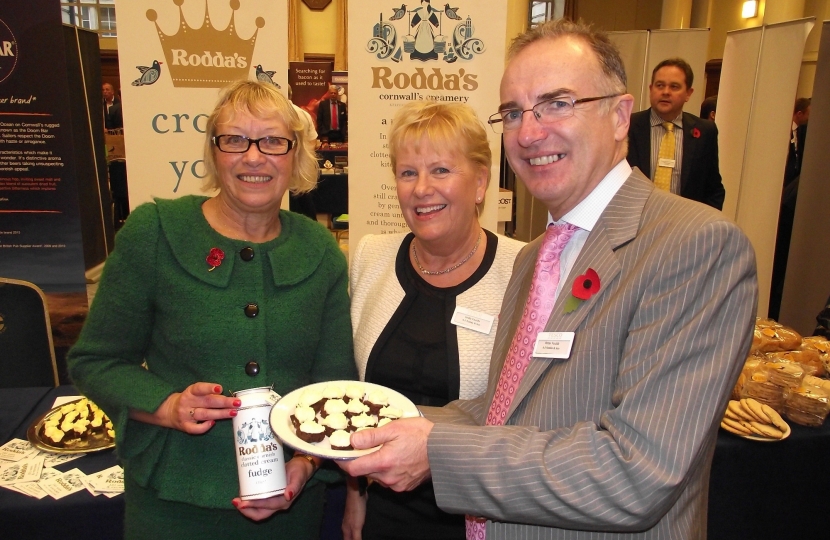 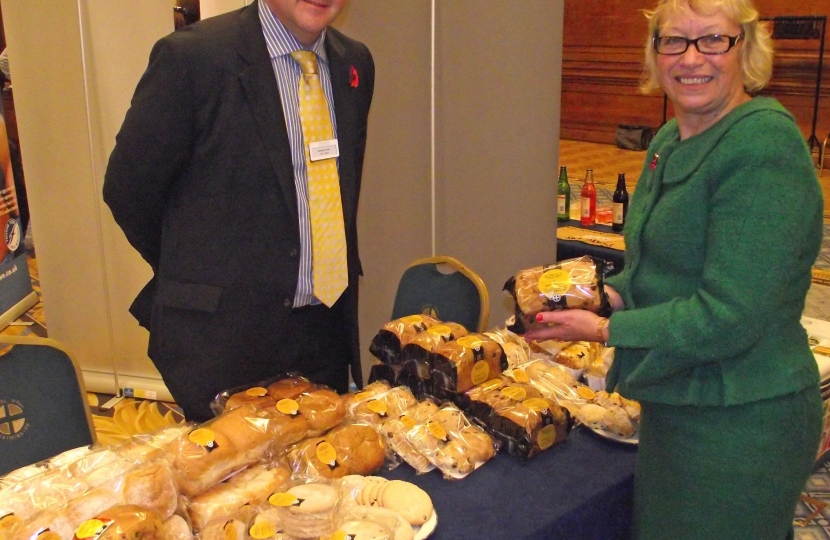 Sheryll Murray MP was pleased to welcome Cornish firms to Central Hall in Westminster through an initiative hosted by Tesco for our local suppliers from the South West region to showcase and provide tasters of the fantastic range of products they offer.

Tesco explained, “We are committed to supporting local producers and over 2,000 of our over 3,300 British suppliers have turnovers of less than £5million. In 2011 we set an ambitious target of selling over £1bn of local products in the UK and we succeeded in doing this. We have a huge range of locally sourced products from cheeses, cider, rapeseed oil, eggs, yogurts, and water to fresh produce, meat and fish.”

After the event Sheryll said, “It was good to see the fantastic food and drink that we produce in Cornwall being promoted on a national stage.  I hope that this leads to new orders and ultimately jobs for these local businesses.”