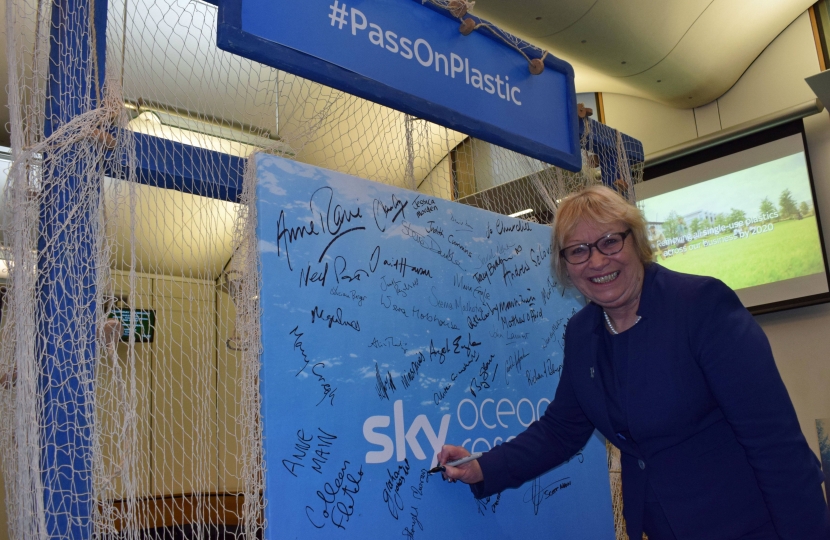 Local MP Sheryll Murray joined MPs from across the political divide today to make a pledge to ‘Pass on Plastic’.

The Sky Ocean Rescue campaign calls on Parliamentarians to make a commitment to reduce the use of items such as plastic straws and plastic cutlery in their daily lives.  Sky says that more than eight million tonnes of plastic is thrown away each year and washed out to sea.

Sheryll has said that her aim is ban single use plastic from her offices both in Cornwall and in Westminster where possible.

In a statement Sheryll said, “I am looking to reduce single use plastics where I can.  I use either a china or re-useable mug for my coffee.  I have bags in my boot to use at the supermarket. I won’t use plastic cutlery again and have got metal cutlery in both offices.  I won’t use plastic straws again and I am pleased that the government has taken action to legislate against microbeads.  I would also like to thank Sky for their re-useable water bottle.

“I hope that everyone thinks about the plastics they use and cut back where they can.”