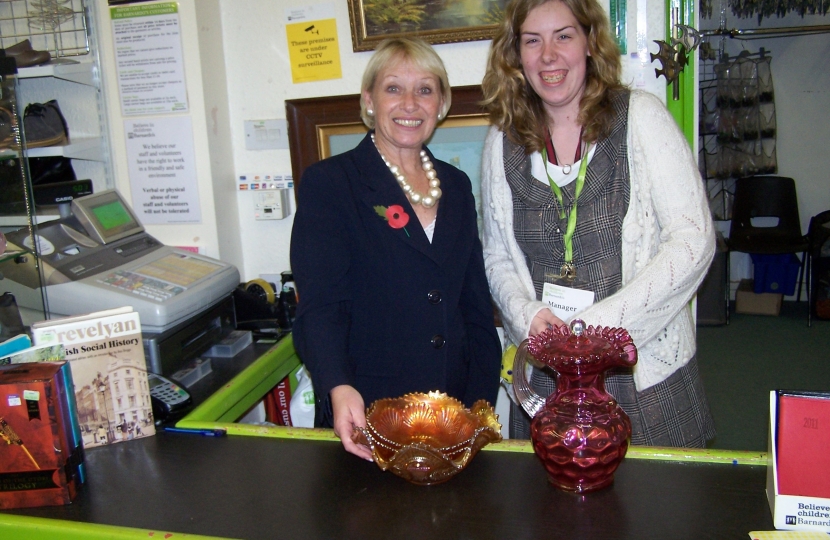 Sheryll Murray took time out from an already busy Saturday to go and volunteer in the local Barnardos shop in the High Street, Saltash.  Sheryll was met and shown the ropes by Jemma Attwood-King who is the Manager of the store.

Sheryll’s first task was to get used to the till and serve customers.  Commenting after her visit Sheryll said, “I would like to thank Jemma and all the volunteers who run the store on a regular basis.  Barnardos believes strongly in Children and it was good to know that I was helping albeit in a small way.  I would encourage anyone who has some time to help out in this worthwhile way.”

Barnardo's runs 415 projects across the UK and works directly with over 100,000 families providing services for children in poverty, young carers or children who have been sexually exploited.