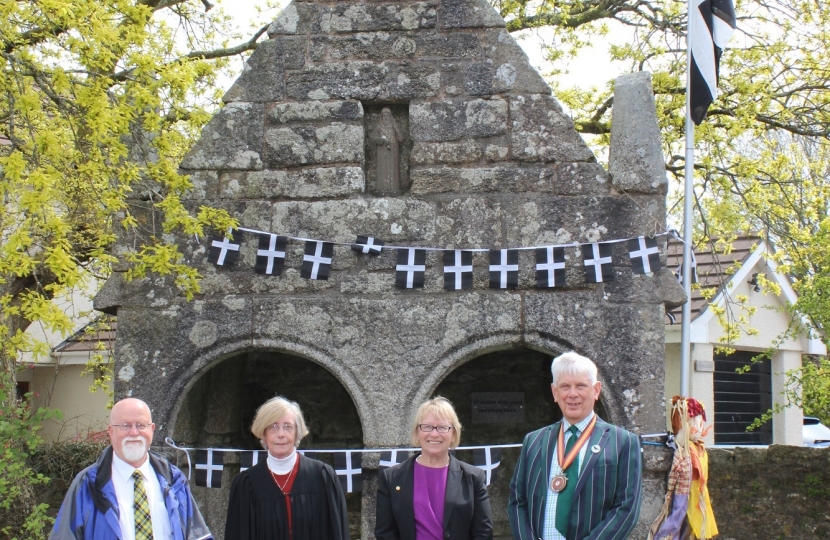 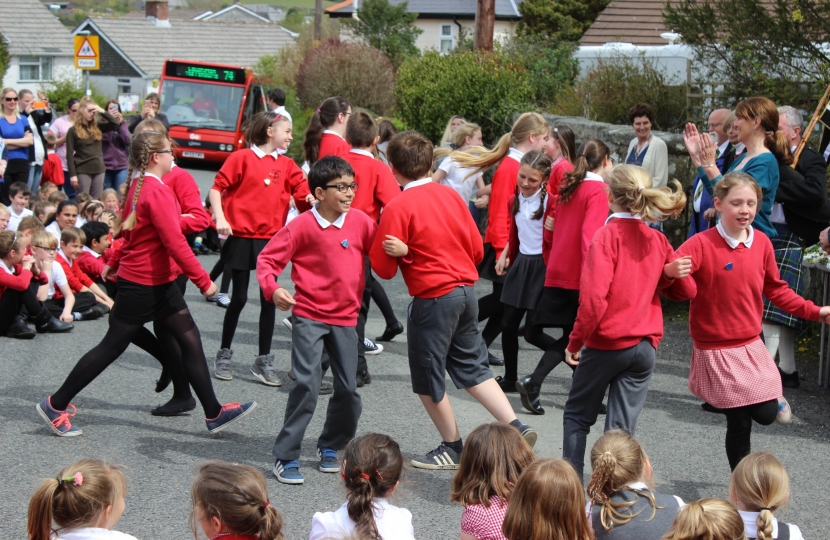 Children from the school were marched up the lane to the Well by Dr Merv Davey, who was playing Cornish music. The children each had a bunch of flowers which were used to dress the well for the celebration.

The School Choir sang a rendition of ‘Trelawney’ and a group from the school performed a traditional Cornish dance.

Sheryll Murray MP said “It was so lovely to see so many locals and particularly the children from St Cleer School take part in the ceremony.

“I will certainly be bringing this to the attention of the Culture Minister and hope that he may feel he would like to visit St Cleer Well when he has time to spare in his busy diary.”

According to the Liskeard Old Cornwall Society, the original Well Dressing was introduced by hanging rags tied to branches to ‘bring forth the fulfilment of dreams and wishes for the future’. In later years the rags were changed to flowers placed around the well. Later on, the flowers will be given to residential nursing homes within the Liskeard area to be enjoyed by residents.