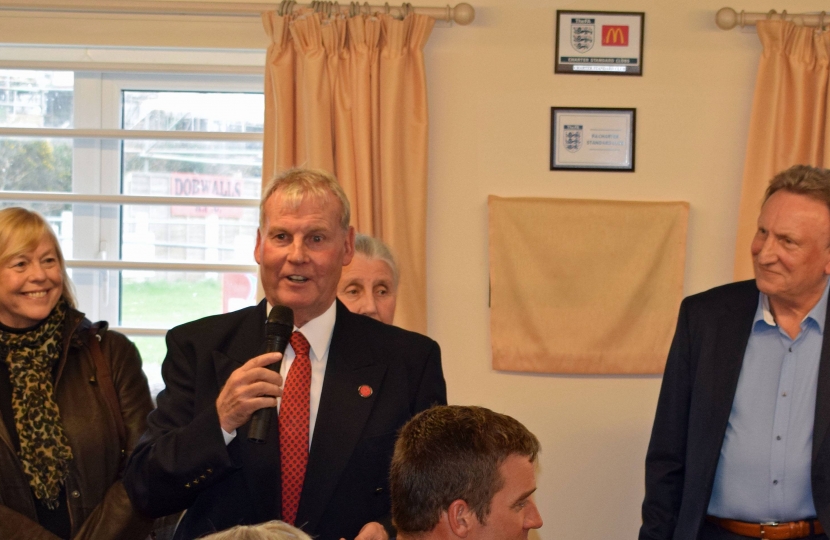 Sheryll Murray MP was delighted to be invited to the opening of the new Dobwalls Football Club Clubhouse at Lantoom Park on Sunday.

Before the ceremony there was a match between a team made up of current Dobwalls players and another team of former players.  The ceremony was performed by well known league manager and media pundit Neil Warnock.

The Club, which dates back to at least 1913, is a FA Standard Charter Club.

Following the opening Sheryll said, “It is clear that the Community of Dobwalls has really worked hard to secure this new fantastic facility. It was good to catch up with my dear friend Jane Pascoe at the opening and I would like to thank everyone involved including Football Manager Neil Warnock who officially opening the new Clubhouse.”