MP congratulates the newly elected Members for the Youth Parliament 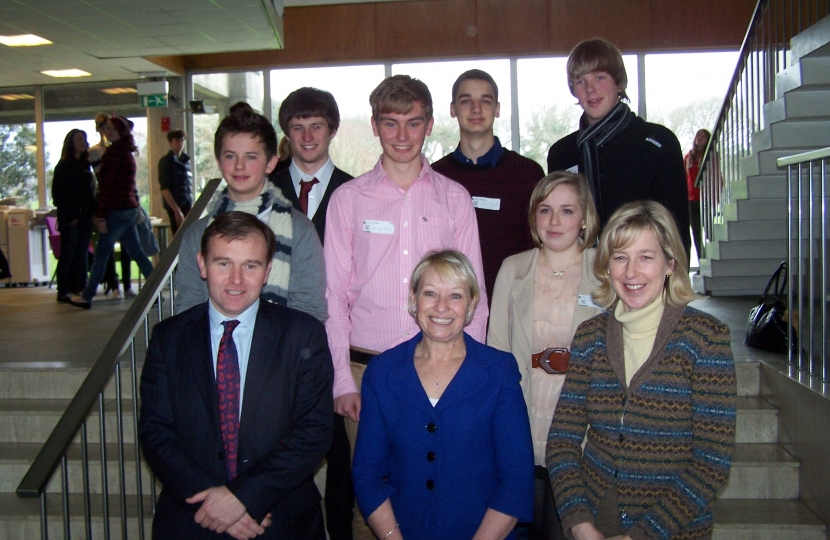 Sheryll attended the annual event at the offices of Cornwall Council in Truro to elect Members and Deputies for the three Cornish seats (East, Mid and West) with Sarah Newton MP and George Eustice MP.  The Parliament gives teenagers a voice which is listened to by both national and local government through events, campaigns, speeches and debates.

Following the event Sheryll commented, “I was very impressed by the high quality of the members of the Youth Parliament and congratulate all who took part.  It fills me with confidence that the next generation of politicians are of such a high standard already.

“I look forward to working with all the Members and the Deputies of the UK Youth Parliament and in particular with the local Member, Connor Flew and the Deputy Member, Simon Sparrow.”

Pictured:  A group shot of all the elected Members and Deputies with local MPs.