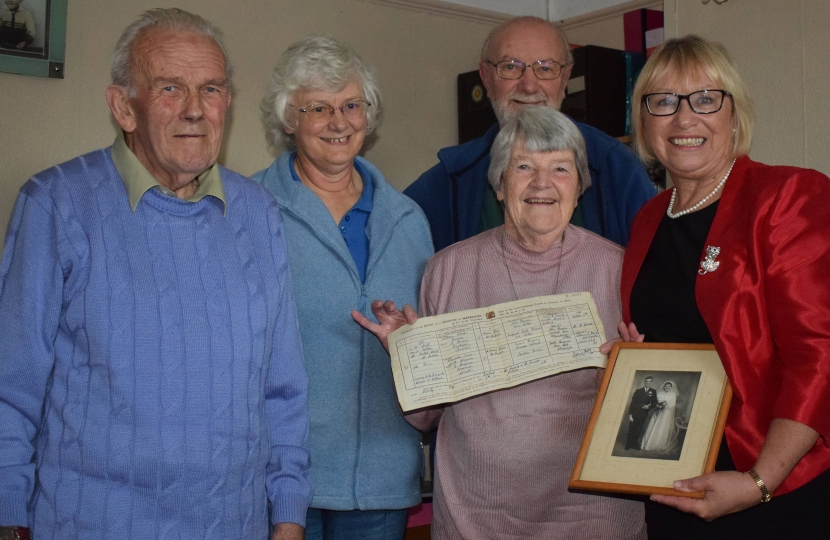 On Tuesday Sheryll Murray MP met her friends Bill and Bette Duncan to help them celebrate their 65th Wedding Anniversary.  Sheryll presented the couple with a bottle of House of Commons Scotch whisky.

Sheryll has known the couple from a very early age.  Bette Duncan was the dinner lady at Millbrook Primary for 40 years and was there when both Sheryll and Sheryll’s daughter Sally attended the school.  Bill Duncan used to drive the school bus when Sheryll went to Torpoint Comprehensive.

Bill and Bette Duncan originally came from Scotland having married in St Andrews where Bill did his apprenticeship in green keeping after studying in the town.  Bill Duncan has also worked as a photographer taking pictures for both the Plymouth Herald and the Cornish Times.

Sheryll said, “I would like to congratulate Bill and Bette on reaching such a fantastic milestone.  They have always been such a happy couple who can be an example to us all.”