Meeting to ensure disabled people do not face discrimination 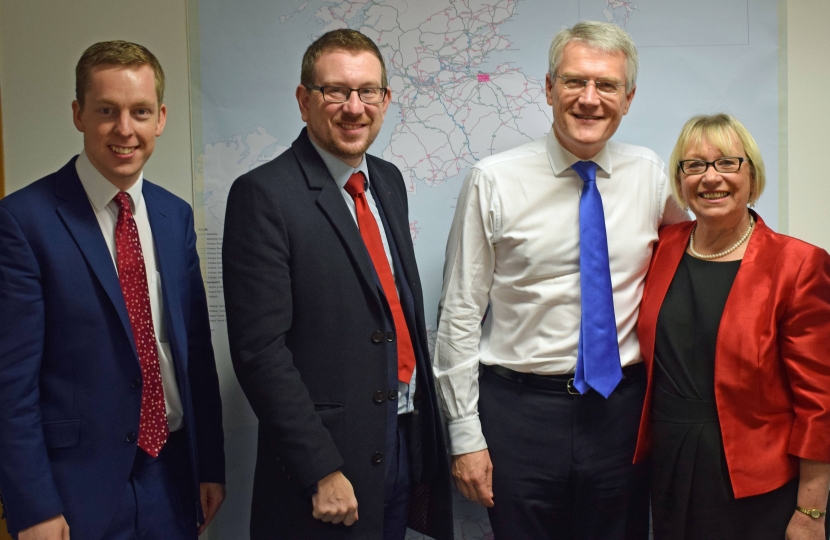 Local MP Sheryll Murray has met with Minister Andrew Jones MP following hearing of the plight of some disabled people who found it difficult getting taxis and Private Hire Vehicle’s.

Three MPs spoke in a debate on Friday 18th November on this topic during a debate when Labour MP Andrew Gwynne brought forward a Private Members Bill.  With less than an hour scheduled there was not enough time to debate the bill and Sheryll, Tom Pursglove and the Bills proposer Andrew Gwynne met the Minister to ensure that action was taken on this important issue.

The Minister explained that he was keen to add this important issue to the Police and Crime Bill which is due to receive Royal Assent next year.  The Minister is putting considerable resource into getting the measure right by undertaking a consultation and will monitor any measures brought into being.

Sheryll welcomed the measures by saying, “I know how hard it is to get Private Members Bills through Parliament and I am pleased that the Minister has a plan to get the well meaning principles behind Andrew Gwynne’s bill into legislation.  I will be monitoring what the Minister does following the consultation and am determined to take action if it falls short on results.

“I have championed a similar issue before in 2012 when issues were raised by a constituent regarding a hearing dog.  Having worked in the NHS for over 20 years I know how important and hard working these fantastic dogs are.

“Discrimination against the disabled is illegal and I will not tolerate it wherever it does.”