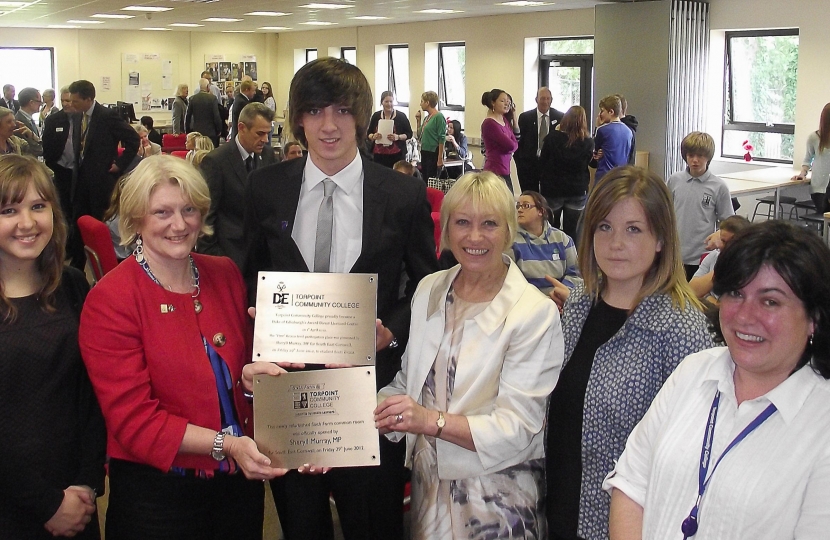 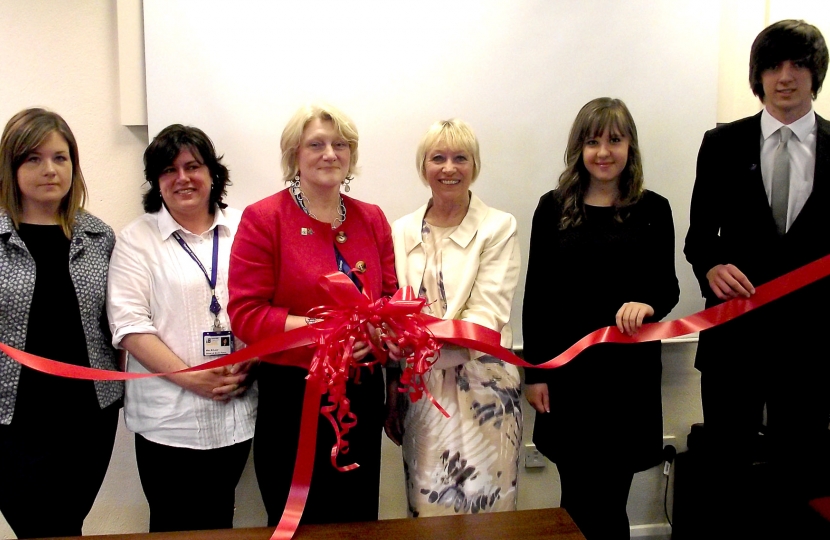 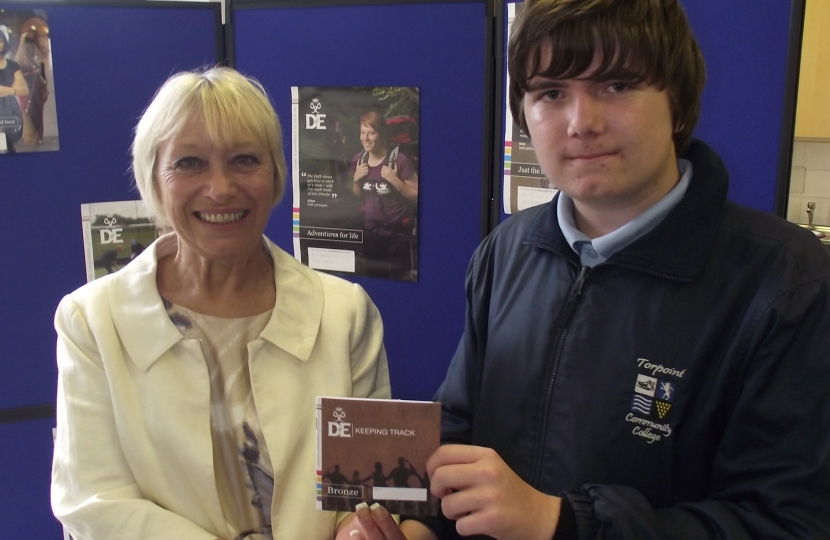 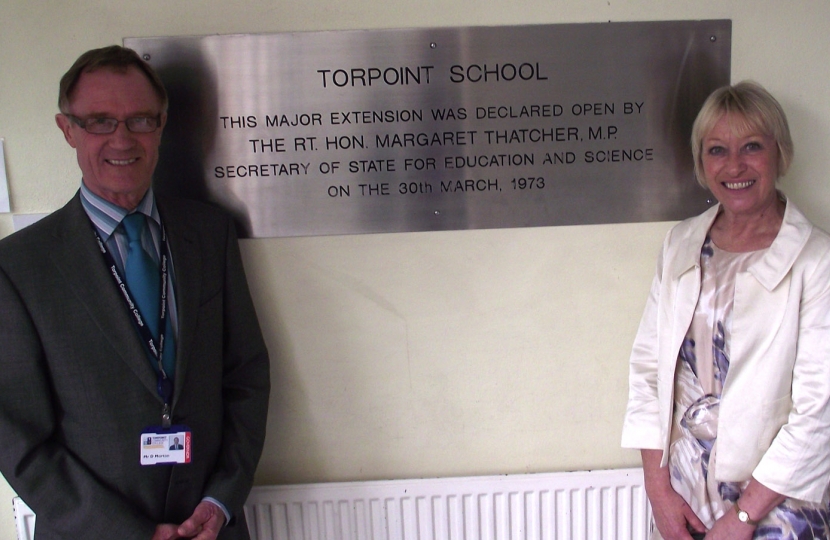 Local MP Sheryll Murray was thrilled to go back to her old school on Friday to celebrate with them both the opening of the new sixth form common room and the College’s status as a licensed centre for the Duke of Edinburgh Award Scheme.

Sheryll said that having been a pupil, a parent and a school governor meant the school had a “massive place in my heart”. Sheryll spoke of the dedication of the staff and the excellent pupils at the school. Head Girl Jenni Allen spoke of the “need for a comfy chair after an exam” and said that it was “important to have this space.

Sheryll reminisced that when she had attended the school there was no sixth form and that pupils had to be bussed to Saltash. Now the school has 150 pupils enrolled in the sixth form. She also remembered that when she was a pupil the then Secretary of State for Education, Rt Hon Margaret Thatcher, also opened another area of the school.