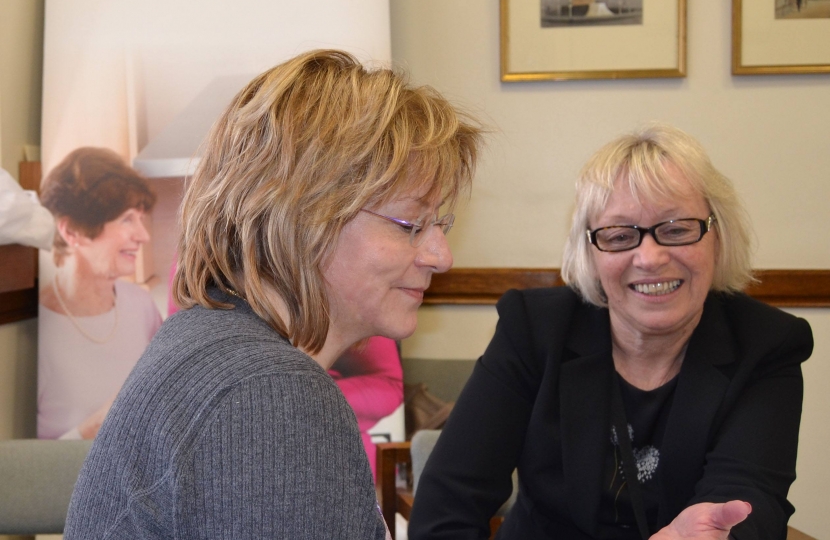 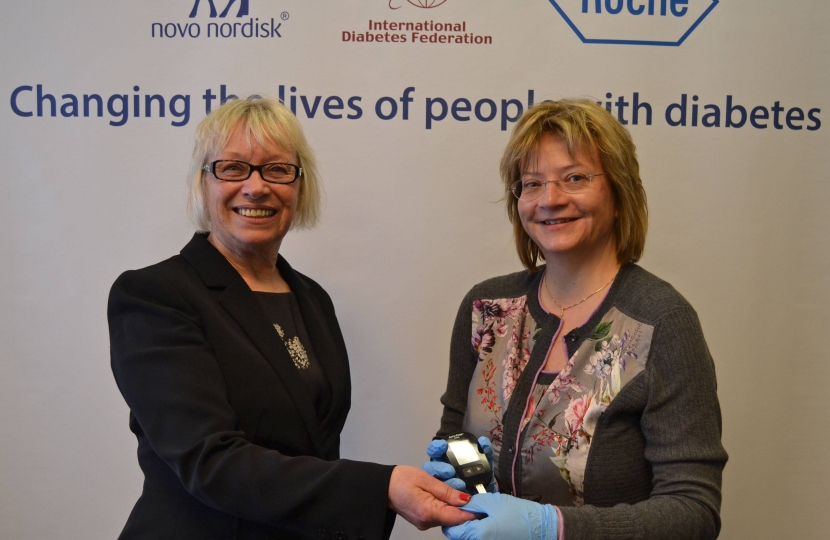 Sheryll Murray MP was tested on Wednesday as part of an International Diabetes Federation campaign to raise awareness of the disease.  Sheryll, who worked for a local doctor’s surgery for over 20 years, was keen to highlight how quick and easy a test is.

Following her test Sheryll said, “Getting tested was easy and can save you years of illness.  I would encourage anyone who is concerned about diabetes to talk to their GP or pharmacist about having a blood glucose test as I did.  Diabetes is a disease which is increasing across the UK and can cause complications such as cardiovascular disease, blindness, amputation and hypoglycaemia.

“Action can be taken by people who have been diagnosed with diabetes and it can significantly help improve the prospects of people with the disease and I would encourage people to take this very simple and quick test.”

Sir Michael Hirst, President of the International Diabetes Federation, met with Sheryll.  He explained, “Diabetes is one of the most pressing health issues in the world today and we are pleased to have the support of MPs like Sheryll Murray in raising awareness of the condition.  Early detection of diabetes is essential in preventing complications like stroke and blindness.  We hope that this event will help further raise awareness of the condition in the UK.”

The International Diabetes Federation says that around 3.2 million people have been diagnosed in the UK but that it is estimated there are another 850,000 people who may be living with the disease without realising it.  That equates to over 6,000 people in South East Cornwall alone.