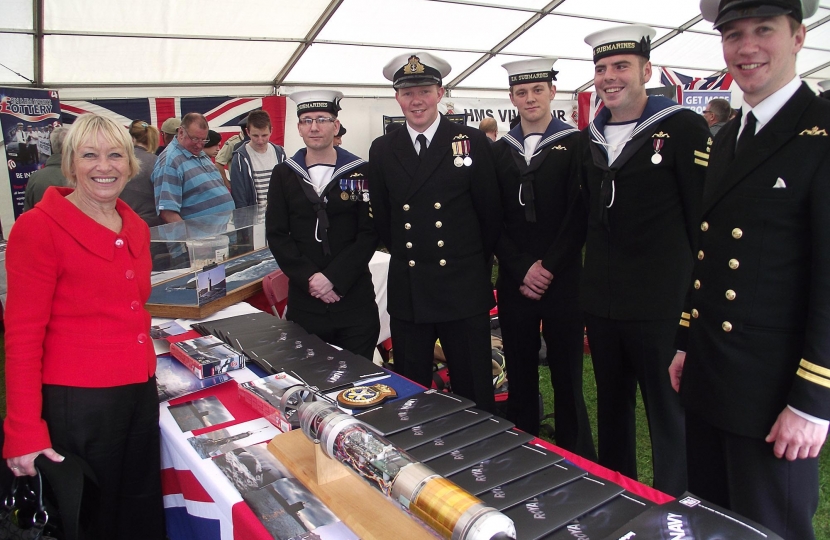 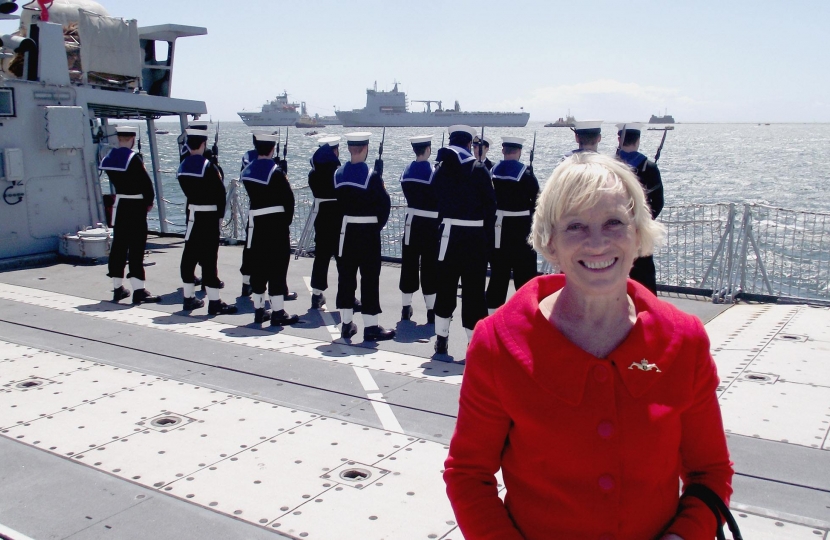 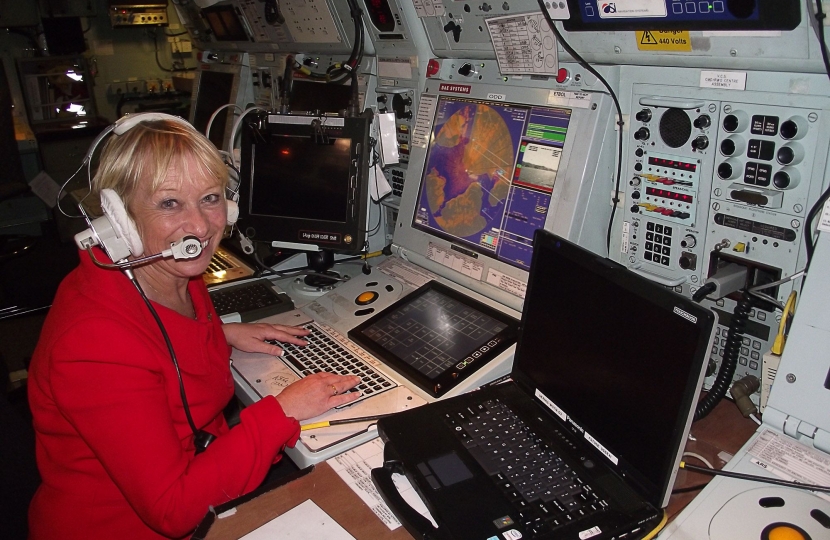 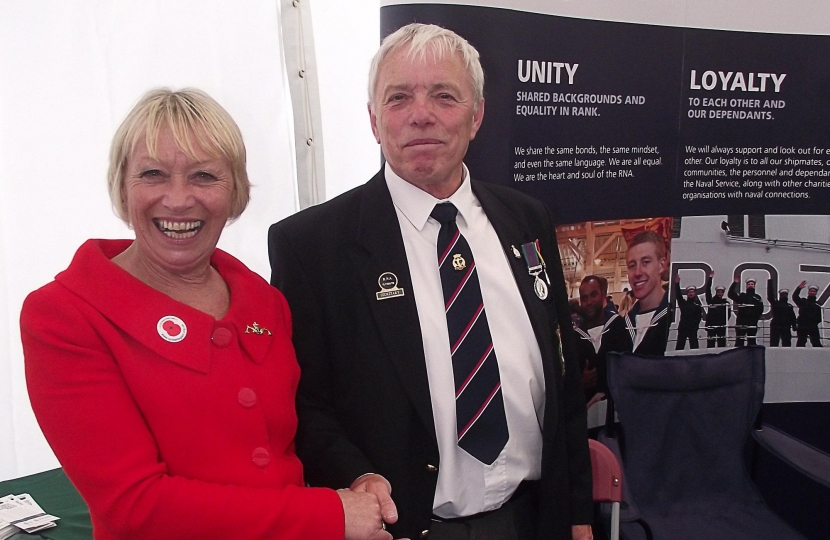 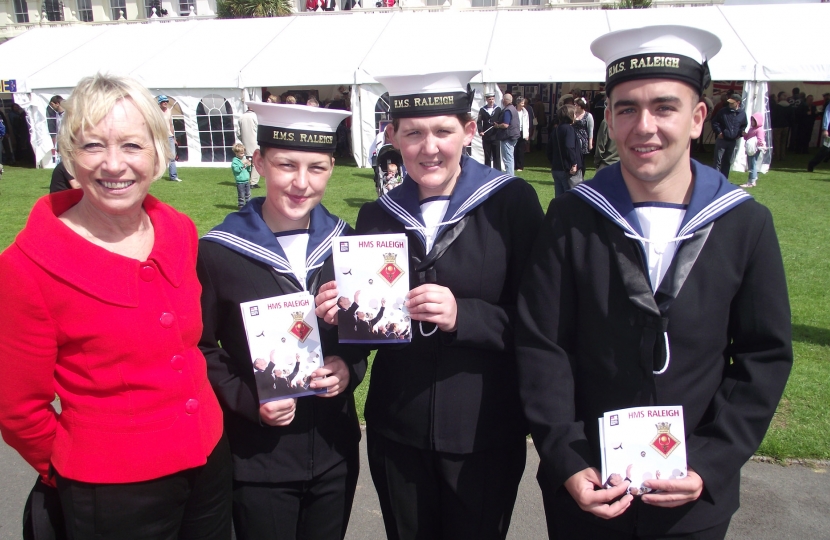 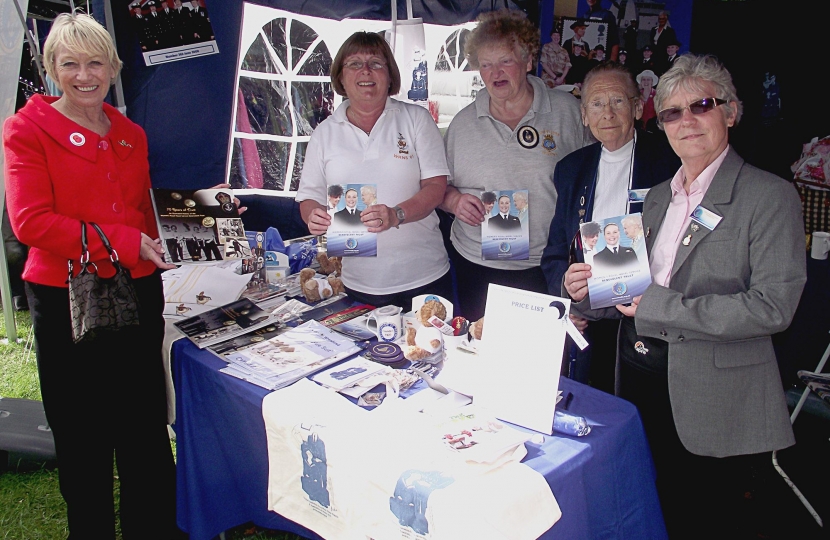 South East Cornwall MP Sheryll Murray talked of “thousands of stories of bravery and pride” at the National Armed Forces Day in Plymouth.

She said, “Plymouth was chosen as the venue National Armed Forces Day Celebrations and I visited Plymouth on Saturday. I was fortunate to be invited aboard HMS Argyll to witness the 21 gun salute to Prince Edward, the Earl of Wessex, and the Prime Minister. Guests were given a tour of the ship and I was impressed by the pride the Royal Navy personnel took in their ship and the camaraderie that was so apparent amongst the crew.

“It was also a real pleasure to meet Arthur Gutteridge who was awarded the British Empire Medal for voluntary Service to the Royal Naval Association.

“My day was completed by meeting with some of the new recruits from HMS Raleigh who are due to take part in the passing out parade. Good luck to them and very well done to all the young people taking part in this moving and wonderful ceremony. We are all proud of you.”

control room.jpg: Sheryll learns about the Op Room during her tour of HMS Argyll

gutteridge.jpg: Sheryll congratulates Arthur Gutteridge who was awarded the British Empire Medal for voluntary Service to the Royal Naval Association

submarine.jpg: Sheryll was presented by a Dolphins Badge having gone to sea on a submarine.

wrns.jpg: Sheryll, whose daughter is a serving naval officer, meets the women of the Women’s Royal Navy Service.